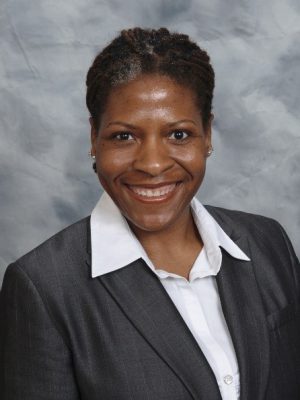 L.D. graduated from Howard University in 1996 and UC Berkeley School of Law in 1999.  She has been with the Alameda County District Attorney’s Office for 21 years.  During her tenure with the DA’s office, she was assigned to the Domestic Violence Unit for 3 years.  From 2009-2010 she was the co-leader of the Misdemeanor Trial Team in the Hayward Branch Office.

For the last 11 years, L.D. has been assigned to the Mental Health Unit.  This unit handles most involuntary civil commitments for Alameda County, including the Sexually Violent Predator cases, Mentally Disordered Offenders, Developmentally Delayed Persons, Persons Not Guilty by Reason of Insanity and Murphy Conservatorships.  She also coordinated the District Attorney’s Office working group on Collaborative Courts and Alternatives to Incarceration from 2017-2020.

In August of 2018 L.D. was promoted to Assistant District Attorney and became head of the Mental Health Unit.  In this new role, L.D. has worked on public policy and legislative issues and has provided testimony both for the California State Legislature and a Presidential Commission on Mental Health and the Law.  L.D. has instructed others extensively on criminal defendant’s mental competency, including a 4-part mental health webinar series for the California District Attorneys Association.  In January 2020, L.D. planned and coordinated a 3-day statewide training on Complex Mental Health Issues and the Law.  She has also trained mental health professionals and attorneys regarding legal standards pertaining to Conservatorships and other forensic mental health topics.

She is currently a technical advisor for the California District Attorneys Association in Mental Health & the Law.  L.D. was President of the Bay Area Black Prosecutor’s Association (2017-19) and has served on several boards including the Charles Houston Bar Association, the Earl Warren Inn of Court (past president) and the National Inns of Court Board.  L.D. was appointed to the Alameda County Mental Health Advisory Board (MHAB) in 2017 by the Board of Supervisors, is currently Vice-Chair of the Board and currently chairs the MHAB Children’s Committee.

Back to Mental Health Advisory Board